Importers: Stay away from Hard-Bargaining in China 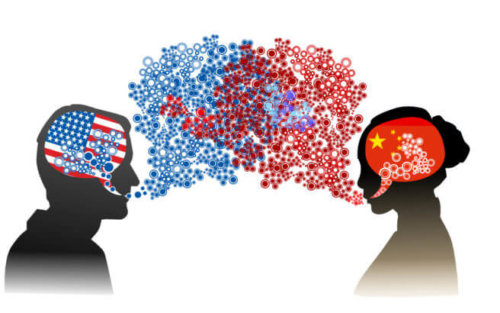 Hard-bargaining is NOT the key to success. Threats and unreasonable demands may work in the short term but do not DEVELOP relationships. Eventually, you will need help from your factory. If you hard-bargain every time, favors won’t happen.

What does hard-bargaining say about you? It says that you view each deal as either win or lose. Very few negotiations are centred upon single issues, such as price. These deals can indeed be viewed as win-lose or distributive negotiations. However, as the complexity of your needs develop, with the price being only a single factor, hard-bargaining won’t successfully negotiate the contract.

The vast majority of negotiations are multi-faceted. Each challenge provides for you and the exporter an opportunity to create win-wins or mutually beneficial agreements. Proper negotiators creatively identify differences which are used for tradeoffs and contribute towards building long-term trust.

If you negotiate by saying “No” to everything and frame the deal as a take-it-or-leave-it proposition, you invitably leave benefits on the table; whether future considerations or deal-specific. Keep in mind that how you treat an exporter is how they’ll treat you in return. Negotiation hardball tactics create cycles of threats and demands. Stick to hard-bargaining and say hello to impasses, distrust, and landing a subpar deal.

The first part of avoiding an all-or-nothing tactic is to recognize this type of behaviour in yourself. Yes, you must get that price point, and you need delivery for when you need it. However, self-awareness in and outside of business rules and knowing that there are always ways to meet positive goals keeps your thinking creatively.

Seeing yourself in the equation, as a non hardball negotiator, helps to ready you for a hard-bargaining exporter. You must be able to identify this tactic and effectively counter and defuse it in ways that achieves your many goals. Check out Beyond Winning: Negotiating to Create Value in Deals and Disputes, Robert Mnookin. The authors explain how to not get caught off-guard by hard bargainers.

If building a secure, two-way relationship is not your thing…

10 hardball tactics in negotiation to watch out for from the authors of Beyond Winning:

When you develop a good factory resource in China, keep them away from your customers, and vice versa. It takes a lot of work to establish key factory relationships. Delivery cycles are short. Controlling shipping goes a long way toward owning the most critical element in the entire importing process; successfully delivering the order. Allowing your factory to ship directly to your customer is unacceptable. Blind Shipping is a closed loop. Only the importer will know the points of origin and destination. Prevent supply chain predators from cutting you out. Deliver within 2-days. Learn more below. #BlindShipFromChina #ItsEasy

SEND US A MESSAGE

GET THE SCD APP TODAY!

Get Quotes, Track Shipments, Schedule A Pick Up

This website uses cookies to improve your experience while you navigate through the website. Out of these, the cookies that are categorized as necessary are stored on your browser as they are essential for the working of basic functionalities of the website. We also use third-party cookies that help us analyze and understand how you use this website. These cookies will be stored in your browser only with your consent. You also have the option to opt-out of these cookies. But opting out of some of these cookies may affect your browsing experience.
Necessary Always Enabled

Any cookies that may not be particularly necessary for the website to function and is used specifically to collect user personal data via analytics, ads, other embedded contents are termed as non-necessary cookies. It is mandatory to procure user consent prior to running these cookies on your website.