The US Internal Revenue Service use EINs to track and collect duties and taxes. 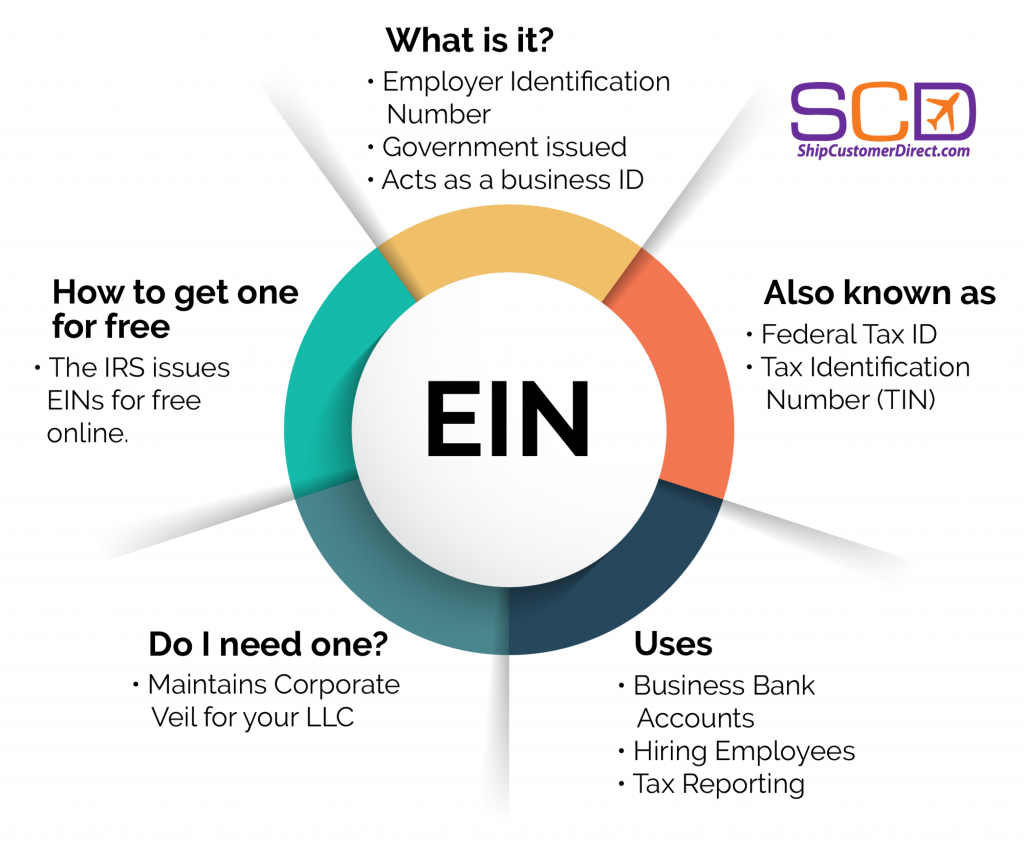 If you are unsure of your Employer Identification Number, you can locate it easily. Contact the Internal Revenue Service and request a copy of the number. Review bank and accounting records, looking for a nine-digit number sequence. Look at previous 1099s from companies you supply for. All 1099s must include the vendor or business’s identifying numbers.

Apply for a new number if you have none by filling out the EIN form on the IRS.gov website. You can also request a paper form to be sent to your home or business address. Completely fill out the information then return the form to the IRS office.

Shippers who consolidate multiple orders into one export shipment must provide the Ultimate Consignee ID number for each item in a consolidated entry that equals or exceeds USD$2,500. If the number is not provided at the time of entry or release, entry of the merchandise will be denied.

In some instances, entries valued at less than USD$2,500 may be released on a manual entry using only the Ultimate Consignee’s name and address. However, to mitigate any shipment delays or returns, FedEx encourages shippers to provide the Ultimate Consignee ID number (EIN or SSN) for all U.S.-bound shipments, regardless of value.

The paperwork for goods sent by courier asks for an importer EIN number, whether the import qualifies for an informal entry or not. Courier services file CBP entries electronically, and the software system they use requires an identification number to be provided for the recipient of the goods.

SEND US A MESSAGE

This website uses cookies to improve your experience while you navigate through the website. Out of these, the cookies that are categorized as necessary are stored on your browser as they are essential for the working of basic functionalities of the website. We also use third-party cookies that help us analyze and understand how you use this website. These cookies will be stored in your browser only with your consent. You also have the option to opt-out of these cookies. But opting out of some of these cookies may affect your browsing experience.
Necessary Always Enabled
Necessary cookies are absolutely essential for the website to function properly. This category only includes cookies that ensures basic functionalities and security features of the website. These cookies do not store any personal information.
Non-necessary
Any cookies that may not be particularly necessary for the website to function and is used specifically to collect user personal data via analytics, ads, other embedded contents are termed as non-necessary cookies. It is mandatory to procure user consent prior to running these cookies on your website.
SAVE & ACCEPT

Before you go, we'll send you a special 15% coupon off your first shipment!